A weeklong Indian wedding celebration in Hawaii blended cultural traditions, featured bright colors and multiple parties, and starred a bride and groom who love to sing and dance. 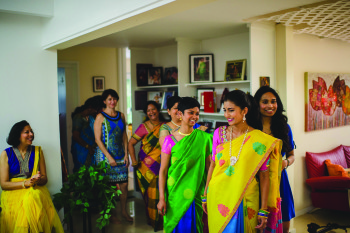 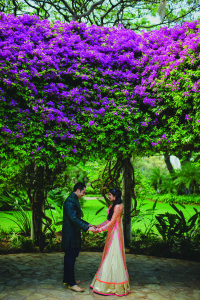 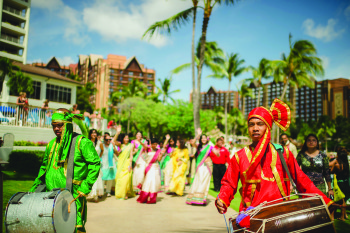 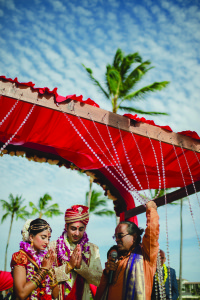 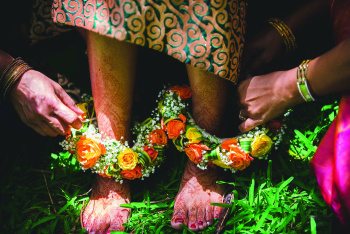 When Prenya Rajendran began planning her April 18, 2014, wedding to Sameer Tapryal, she knew that music, singing and dancing would be an important part of their celebration. Sameer plays guitar and is in a band, and she plays piano and violin and is classically trained in traditional Indian dance. But most of all, the bride’s father, Arunachalam Rajendran, a professor of mechanical engineering at the University of Mississippi, was excited about his role: the father-daughter dance.

“My dad is the biggest dancer ever,” Prenya said, “whether it’s at home being silly or at another person’s wedding. He loves it.”

Although Prenya and her husband (who met as medical students on a study-abroad program in India) now live in Reno, Nev., she stayed with her parents in Oxford for five months before her wedding. It was during that time that she and her dad practiced their wedding dance moves.

“He’d come home from work, and he’d be like, ‘Let’s dance!’ ” she said, laughing. “It was great father-daughter bonding time for us.”

At her reception, held in the ballroom of the J.W. Marriott Ihilani Resort and Spa in Honolulu, Prenya and her dad showed off their fancy footwork with a slow ballroom dance to Billy Joel’s Lullabyebefore breaking out into the twist with choreography inspired by the movie Pulp Fiction.

Another favorite moment of that night was Prenya’s first dance with her husband.

“It was really special,” she said. “Sam wrote me a song that we danced to, and then we looked out at our reception and were just amazed seeing everyone.”

That moment was the culmination of a weeklong celebration as well as a year of preparation with her mother, Pam Rajendran.

Like most traditional Indian weddings, Prenya and Sameer’s nuptials included five days of parties leading up to the wedding ceremony.

“It was for all our close friends and family to spend not just a day, but a week to be together,” Pam said.