A new statewide organization aims to change the way Mississippians think about food by supporting sustainable farms and educating the communities they serve. 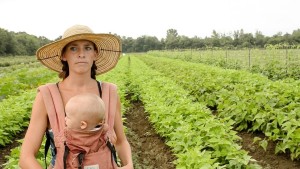 As executive director of the Mississippi Sustainable Agriculture Network (MSAN), Daniel Doyle (pictured) has a busy schedule. He’s multitasking, rushing out of his Oxford office to meet a dairy farmer while returning calls and setting up meetings.

“I was particularly interested in learning how the farm managed its resources,” Doyle said, emphasizing their process of increasing [soil] fertility over time while providing fresh, nutrient-dense, high-quality produce.

The community’s support of the farm left a lasting impression on the young idealist.

“I learned how empowering producing your own food can be,” he said. “Small farms have always been vital to the health of our communities, but I realized the resiliency of our culture is linked to agricultural practices as well.”

A community activist, Doyle first became involved with social justice groups while attending Williams College in Williamstown, Mass., where he played football and earned a degree in English. Both of his parents were educators, and he always had a heart for teaching. So, in 2006, he headed south to pursue a graduate degree at the University of Mississippi.

“I spent four years teaching high school English and theater in the Delta and on the coast,” Doyle said.

During that time, while also earning his master’s degree, he met professor Doug Davis, who had just purchased acreage south of Oxford that was ideal for small-scale agriculture.

By 2009, Doyle and his wife, Alison, had moved to Oxford to help Davis launch Yokna(patawpha) Bottoms Farm. He managed that farm for two years before signing on as director of the Gaining Ground Sustainability Institute of Mississippi. While working there, the Doyle family helped develop the Mississippi Modern Homestead Center and recognized the need for a larger-scale organization to promote sustainable agricultural practices throughout the state. This focus led to the establishment of what is now known as MSAN.

What is MSAN, and why did Mississippi need it?

Through an affiliation with Jackson, Miss.-based civil rights activist Hollis Watkins, a regional organization called the Southern Sustainable Agriculture Working Group spent more than 25 years spurring the development of sustainable agricultural practices across the South while supporting many small farmers in Mississippi. However, until the creation of MSAN, Mississippi remained one of the few states without a statewide organization.

While the state is a long way from achieving a truly localized, equitable and sustainable food system, recent progress is encouraging.

“In the last few years, we have seen an explosion across our state with farmers markets, small-scale farms, sustainable products and health-conscious consumers,” Doyle said. “MSAN has come together at an ideal time to lead these efforts.”

The network offers support for farmers who are dedicated to sustainable practices.

“We help train and inspire the next generation of farmers while increasing their access to land and capital,” Doyle said. “We also aim to impact public policy at local, state and national levels by encouraging leaders to support more localized, sustainable food production.”

Because the MSAN offices are based in Oxford, Lafayette County has experienced many direct benefits. For example, MSAN has partnered with the Environmental Education staff at Camp Lake Stephens to operate the Mobile Farm on Wheels. This is a program that teaches students where food comes from as well as the benefits of renewable energy, good nutrition and environmental ethics.

As one of the Mississippi service sites for FoodCorps, MSAN has been working with the LOU Boys & Girls Club and Lafayette County Schools to develop gardens and a farm-to-school program.

Additionally, several Oxford farmers have been selected as grant recipients for the Rooted in Mississippi demonstration farm program, which provides incentives for sustainable agriculture farms, particularly those that emphasize organic production and local distribution.

The future of Mississippi agriculture and MSAN

While it may not be realistic for Mississippians to consume food solely from local sources, Doyle believes things can improve. He hopes that in the near future at least half of the food Mississippians consume will come directly from Mississippi farmers.

“Currently, more than 90 percent of the food we consume in Mississippi is imported,” Doyle said. “With such rich agricultural resources, this is the paradox of our current food system.”