Saddled Up on South Lamar

A horse barn tucked away in the middle of town gives the Callicutt family a place to kick back on the weekends. 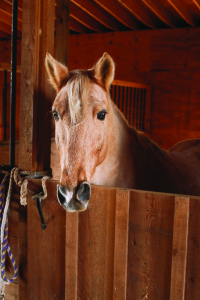 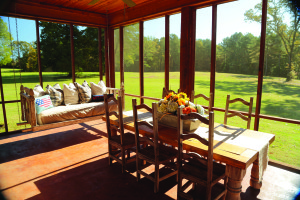 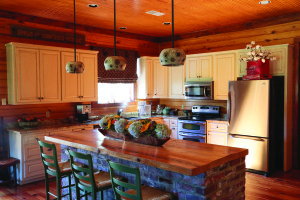 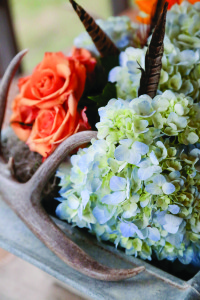 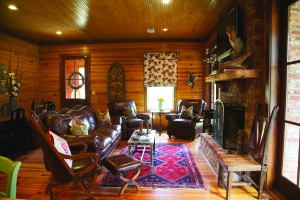 Emily and Andy Callicutt have discovered the perfect hybrid of city and country living. Still inside Oxford’s city limits, just south of the Square and past Baptist Memorial Hospital-North Mississippi, lies their horse barn with an attached guesthouse. The Callicutts don’t have to go far to reach their quiet country retreat, which is tucked away on a winding dirt path off busy South Lamar.

Their family home is in Grand Oaks, but the couple and their two children, Hugh (12) and Cate (7), enjoy spending time at the barn retreat relaxing, hosting family gatherings and, of course, riding horses Sunny and Snowman.

The land, now named Callicutt Farms, has belonged to Emily’s family since 1943 and is where her father and uncle grew up. The house where they were raised is still on the property.

“There are turkeys all over, and when my grandmother was alive, they were like her pets,” Emily said. “Thirty or 40 of them would be in her front yard, and she’d roll down in her golf cart and feed them.”

Before the city annexed part of the land last year for the new hospital, the family used the property to hunt. Hugh and his cousins killed their first deer there.

The inspiration to build on the property came from Andy, who was driving near Hernando, Miss., one day and spotted the barn of his dreams. He contacted a family friend who is an architect and asked for help.

Together they designed a one-story structure with a living area on one side, a horse barn on the other, and an open breezeway in between to connect the spaces. They went back and forth on whether or not to enclose the middle part, but in the end opted not to.

“We’re so glad we did that,” Andy said, laughing. “We can have one side, the horses can have the other, and we don’t have to smell them.”

The house has a master bedroom and a bedroom with bunk beds for the children. The open kitchen looks into the living room, and a screened-in porch has a dining table. Though only 1,200 square feet, the living space is functional and even served as a temporary home for the family for eight months while they were remodeling their full-time house.

“We put all our stuff in storage and moved out here,” Emily said. “We lived very minimally, and there was a lot of closeness. It was fun for a while but then we got a little cramped.”

Emily picked out the interiors for the guesthouse, selecting neutral tones and rustic pieces. It took some coaxing on her part to convince Andy to add a little color.

“He wanted a pine box!” Emily said, laughing. “All wood ceilings, all wood floors. So much brown. I told him we weren’t building a casket. So I got to paint some.”

In the end, the couple are pleased with their hideaway.

“You’re here, in the middle of town, but it’s so quiet,” Emily said. “Especially during crazy weekends, it feels so good to be tucked away.”